Do All Bees Make Honey?

Did you know there are 20,000 different types of bees in the world? But only one kind makes honey: the honeybee. This bee species lives in large families, or colonies, and can be found all over the world.

Female “worker” bees produce honey from pollen and nectar that they collect from plants on their fuzzy bodies while pollinating. They then store the honey in honeycombs made of wax inside their nest. 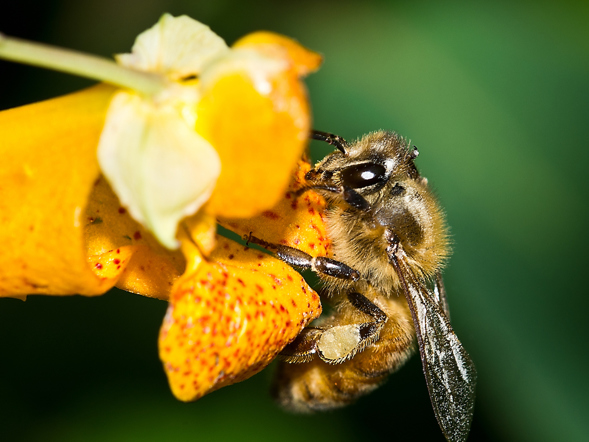 Honeybees will huddle together and eat honey to keep themselves alive during the winter, which allows their colonies to survive for many years. Honeybees make two to three times more honey than they need to survive these winters and are able to share their delicious treat with humans. Did you also know that honey is the only insect-made food that humans eat?

“Worker” bees live for about six weeks and will make just a few drops of honey during their lifetime. Honeybees make honey for their own food supply, which makes them different from other bees and stinging insects. For example, hornets, a type of stinging insect, eat crickets, grasshoppers, caterpillars, and other insects. 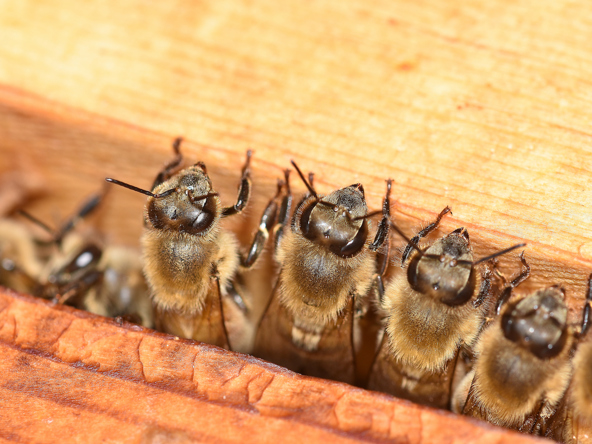 Honeybees are really fast flyers, flapping their wings 200 times per second. Honeybees are also known for their cool dance moves. They communicate with each other regarding the best place to find food by performing their “waggle dance.” Moving in a figure eight motion, the bee wiggles their body in the direction of the food.

Although honeybees are known for the sweet food they produce, they can also sting when threatened. They have barbed, or sharp, jagged stingers, so when they sting someone their stingers get stuck and fall off the bee. Other stinging insects like wasps and hornets have smooth stingers, so they can sting many times without losing their stinger.

Honeybees and hornets may look similar with their black and yellow striped bodies. However, hornets have a smooth “fuzz-free” body and do not collect the pollen and nectar from plants needed to produce honey.

Entomologist Note: Honeybees have a very important job to do when out and about in nature. Be sure to observe bees from a safe distance and under the supervision of a grownup, like a parent or teacher. Do not attempt to handle or touch any stinging insects and keep a safe distance from hives and nests.