Have you ever wondered what food different pests eat? While some insects and bugs are known for dining on things like plants and even wood, many pests prefer to eat foods that humans like too, such as meats, sweets and grains. This is why some animals like rodents and raccoons are attracted to our homes when they’re searching for food. Believe it or not, leftover food outside in your garbage can could be a delicious feast for some of these animals. When it comes to animal eating habits, one of the most common beliefs is that mice in particular like to eat cheese. It’s hard to say where the idea that mice love cheese and prefer it over all other foods came from. Perhaps watching decades of cartoons has convinced us that cheese is the favorite food of rodents everywhere.

However, you might be surprised to learn that this isn’t quite the case.

Do mice eat cheese? The answer to that question is: yes. Mice will in fact eat cheese if it is available, but their supposed love for this food is a bit overexaggerated. Rather than munching through a big block of Swiss or cheddar cheese, mice would actually much rather other foods. This means that if a mouse got inside your home, they might first look for items like cookies, crackers, candy, grains, and even peanut butter.

In general, mice will eat a wide variety of food items and aren’t very picky when it comes to their diets. While they may prefer sweets if given access to them, they’ll eat almost any human food they can find inside a house. Outside in nature, they’re known for eating things like seeds, nuts, small fruits, and insects, such as beetles and caterpillars. Believe it or not, house mice will also eat their own droppings to get some of the nutrients produced by bacteria in their own guts! Now that’s gross! 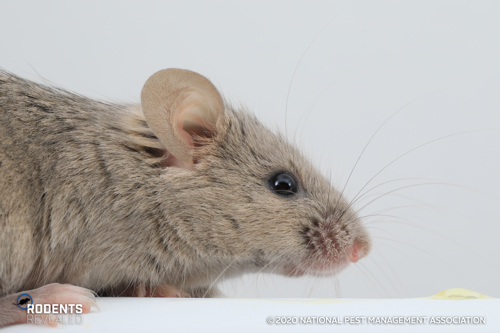 Mice are also very resourceful creatures and eat a lot more than just cheese. As an animal known to dine on human foods, this is why it’s important to keep your home clean and watch out for any potential intruders.