What Makes a Lightning Bug Glow?

One of the most magical things about summer is seeing fireflies light up the backyard at night underneath the emerging stars. Also known as lightning bugs, they’re actually beetles, not flies! While these beautiful bugs are a summer night staple, have you ever wondered what makes a lightning bug glow? 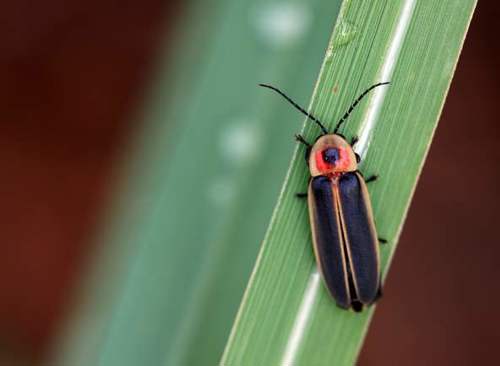 How Do Lightning Bugs Light Up?

Fireflies have a light organ located in their lower abdomen. In this part of their body, a biochemical reaction called “bioluminescence” (bio-loo-muh-neh-sense) takes place that allows them to convert chemical energy into the glowing light that we see. A chemical called luciferin can be found in the cells that make up the firefly’s light producing organs. When this chemical is combined with oxygen, it forms a new chemical called oxyluciferin which causes the firefly to produce light. Unlike the warm or hot light produced by a light bulb, lightning bugs give off a cold light. This is why, when a lightning bug lands on your skin, you don’t feel any warmth or burning. There are more than 2,000 firefly species and not all of them glow. Of those that do, the light they produce can be green, yellow or orange in color.

Why Do Lightning Bugs Glow?

There are many reasons why lightning bugs light up in the first place. One reason is to attract mates. Each firefly species flashes light in a unique or special pattern, which allows other fireflies to identify their fellow species and potential mates. Some fireflies flash only once while others may do so up to nine times. Males usually fly through the air flashing while females sit on the ground and wait until they see an impressive light show. Another reason these bugs glow is to ward off predators who might try to eat them. Lightning bug blood has an unappetizing taste to hunters. Once predators take a bite, they remember the bad taste with the firefly light and won’t attack them in the future. 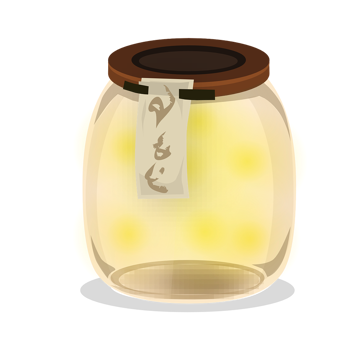 Entomologist Note: If you want to catch fireflies, make sure to keep them safe by placing a wet paper towel in the bottom of a glass or plastic jar and poking holes in the jar’s lid so they can breathe. Don’t forget to release them after you’re done catching them or after a day if you want to observe them a little longer.